NETS bucks up on cashless payment race in Singapore 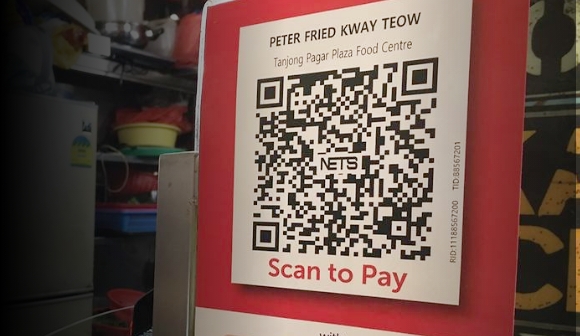 Payment Solution provider, NETS, announced in June, that its merchants could onboard its payment system within a day from submitting its online application. This is part of an initiative by NETS to hasten up its cashless payment adoption rate in Singapore by transforming to digital adoption processes.

Its new online application, introduced in May, allows its merchant to pick up their new NETS terminal from its customer service counter anytime 1 day after it registering. The new NETS terminal include payment solutions by NETS including NETS debit payment, NETS Flashpay, NETS QR Payment and NETS Pay.

Other than merchant acquisition efforts, NETS have also increased its effort in usage rate by implementing new payment modes like NETS QR payment and NETS Pay in September and October last year respectively.

NETS QR enables consumers to make convenient and speedy transactions using their mobile phone through DBS Paylah!, OCBC Pay Anyone, UOB Mighty and the new NETS Pay app. The NETS QR comes in 2 versions, a dynamic QR code shown on the NETS terminal for consumers to scan and pay directly and a static QR code pasted on cashier counters for consumers to scan and key in amount payable manually. The static QR code, which are mainly for hawker, allow more flexibility for merchants as it takes up less space and does not need a terminal to receive payment from customers. NETS QR can also be incorporated on websites accepting eNETS services, providing additional convenience to users and faster transaction.

NETS Pay, on the other hand, allow users to manually store their NETS card onto the application, which can be used to make transaction at supported NETS terminal. NETS Pay app is able to store up to 10 cards, and is able to support 2 type of payment mode: QR Code payment or NFC payment. To further enhance usability of its app, it had recently allowed OCBC and UOB NETS cards to be stored on NETS Pay, which previously only accept DBS/POSB cards.

Other than its new services to promote cashless payment in Singapore, NETS is also a member of SG QR which helps to promote acceptability and interoperability of QR payment in Singapore. Its key purpose is to incorporate different QR code payment modes onto 1 single QR code, to allow local and foreign payment system to be made on 1 QR code, to reduce the number of QR codes at retail store and F&B outlets. SG QR is also an initiative for Singapore to become a smart nation by promoting cashless payments.