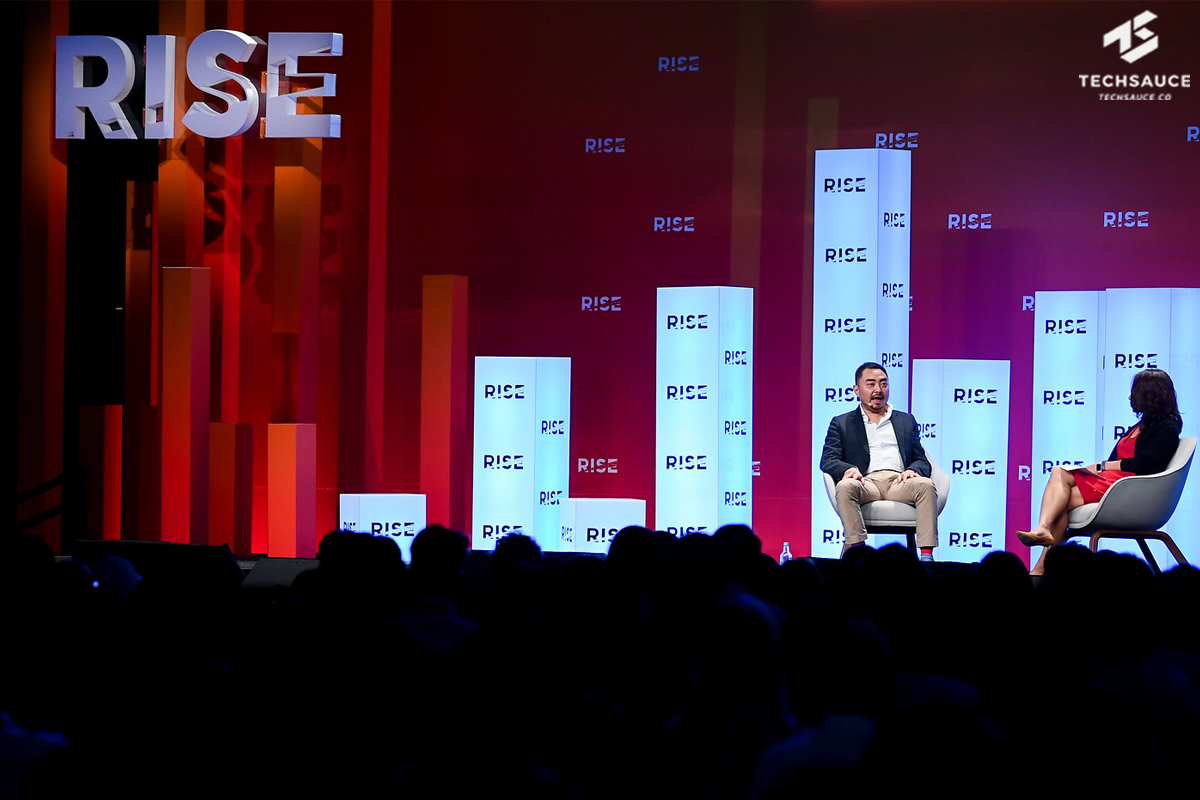 RISE is an international conference organised by the team behind Web Summit, one of Europe’s largest tech seminars. Spearheaded by co-founder and CEO Paddy Cosgrave, Web Summit was first established in Dublin, Ireland in 2010. From its humble beginnings of around 400 Irish Entrepreneurs, the Web Summit has grown from strength to strength. In 2014, more than 22,000 participants attended the event including the founders and CEOs of Twitter, YouTube, Netflix, Skype, Tesla and PayPal.

This year, in his customary introduction to the event on 16 May, Mr Cosgrave turned the spotlight on the activities of Chinese internet companies and start-ups. During the media briefing, it was mentioned that the rapid development of these Chinese companies had far exceeded initial expectations. A crucial driver of this rapid development is Tencent and its WeChat app. While the WeChat app started off as a social messaging app in 2011, it has evolved to incorporate other important functions such as mobile payment through its WeChat payment function. Indeed, it has been the adaptability and willingness to adopt different services that has enabled companies such as WeChat to ride on the internet wave.

The WeChat team was also invited to give a short presentation at this year’s RISE Hong Kong conference. During the presentation, some of the key statistics provided by the team include the following:

• The number of WeChat pay monthly active users now stands at 600 million as of July 2017.
• 30% of all time spent on mobile in China is on the WeChat app.
• There are now 20 million official accounts on WeChat.

The team also elaborated at length on how WeChat Pay can be easily integrated into local merchants’ apps or websites to collect payment from mainland Chinese tourists. In particular, FOMO Pay’s collaboration with Marina Bay Sands Singapore was highlighted as a successful case study on what other merchants could learn from FOMO Pay’s method of targeting Chinese tourists using WeChat Pay in Singapore.

With the rapid rise of Chinese spending power, it is clear that businesses can ill afford to ignore this reality. There is growing pressure on businesses to jump on the bandwagon by adopting novel payment solutions or to quickly become irrelevant. Considering the ease with which WeChat Pay can be integrated into existing payment solutions, and the popularity of the WeChat app with Chinese customers, adopting WeChat Pay should be a priority for businesses.

About FOMO Pay
FOMO Pay is the first authorized WeChat Pay & Baidu Wallet partner in Southeast Asia, and was selected as one of the TOP 100 Asian Companies by E27, TOP 100 Startups by Red Herring Asia, and Top 8 by DBS’ FinTech Accelerator Program. FOMO Pay provides a one-stop solution for local merchants by facilitating payment collection from the China market, including Chinese tourists. This comprises of online/offline Chinese payment modes, such as WeChat Pay, Alipay and Union Pay. FOMO Pay’s business solution serves clients from a wide range of industries, including the telecom, publishing, tourism and hospitality, F&B, education and retail industries.